Behind the scenes of CANAC 2, the air traffic control centre

Aviation has always held a fascination for most of us. As a passenger, we know more or less about the visible part of the iceberg – the airports, pilots, aircraft, even the control tower – but few of us have ever seen the part below the water surface: the air traffic control centre, CANAC 2.

As soon as you enter the operational room of the CANAC 2 control centre, the concentration of the air traffic controllers is noticeable, almost palpable. They ensure the safety of thousands of aircraft that travel criss-cross across the Belgian sky. Everything is co-ordinated, planned and performed in the serenity of a room bathed in natural light thanks to an enormous light shaft.

At the heart of aviation safety

CANAC 2 is the heart of aviation safety operations. Unlike the control tower, which manages traffic in the immediate surroundings of an airport, at the runways and taxiways, the controllers of the CANAC 2 control centre manage overflying and approaching air traffic up to an altitude of 7,500 meters (24,500 feet). Above that level, the Eurocontrol centre at Maastricht takes over traffic in the upper airspace of the Benelux and the northwest of Germany.

Sustained traffic in a complex airspace

One would be tempted to think that few aircraft cross the Belgian-Luxembourg airspace at such a low altitude and that CANAC 2 manages a rather limited amount of traffic. Guess again: Belgium is at the crossroads of the most important European airports, right at the intersection of Amsterdam Schiphol, Paris Charles De Gaulle, London Heathrow and Frankfurt. That overflying traffic as well as traffic flows generated by Brussels Airport, which is part of the European top 20, result in the CANAC 2 centre controllers having to manage up to 600,000 movements per year.

The airspace controlled by CANAC 2 is among the most complex in Europe. In 2017 it held the second place in terms of complexity, after the Swiss airspace. Two criteria are considered to determine the complexity of an airspace: its structure and the density of traffic. The Belgian airspace is especially complex on a structural level, because in a relatively small space, there are 6 airports and numerous military training zones that cover about 50% of the total airspace.

Managing such complicated traffic flows in that kind of environment has made skeyes’s controllers extremely experienced and competent, which is crucial as they are responsible for your safety when you fly.

You can’t put a price on your safety. That is why the CANAC 2 centre was not designed overnight. Every detail has been analysed and optimized.

The CANAC 2 control centre was developed with the active involvement of the air traffic controllers and has been the subject of thorough ergonomic studies which resulted in the four petals that make up the controllers’ working positions.

Every petal contains 14 working positions, each one of which boasts 3 screens allowing our controllers immediate access to all operational information they need:

CANAC 2 provides air traffic controllers with state-of-the-art safety assistance tools – safety nets - that emit a sound and visual alarm whenever they detect a situation that could potentially become dangerous, such as non-compliance with the safety distances between aircraft up to 20 minutes ahead of time.

Many other safety nets and surveillance assistance systems are deployed by the CANAC 2 system and cover all situations that could generate a conflict during the different phases of a flight's progress.

The sky in safe hands

In CANAC 2 all controllers have the same working positions at their disposal, but they can carry out various functions, depending on their level of training and experience: the radar controller is involved in the immediate tactical management of traffic situations in his sector.

He pairs up with a planning controller, who has a proactive view of traffic and who manages the flows. The radar controller-planner team ensures air traffic to run as smoothly and safely as possible.

Those controller teams are responsible for a specific sector, which is a part of airspace. They will ensure your aircraft’s safety depending on its flight phase:

• shortly after taking off, once your aircraft has left the airport’s airspace (CTR), the approach controllers (APP) take over your aircraft and guide it up to its air corridor while ensuring that the safety distances are complied with.

They also insert your aircraft, before it starts its descent, into an arrival sequence so that traffic is handled as smoothly as possible while complying with the minimal safety distance regulations.

• when your aircraft arrives at its route, the ACC air traffic controllers insert it in the traffic flow and make sure that the safety distances vis-à-vis other aircraft are complied with. Those distances are 5 nautical miles horizontally (9 km) and 1.000 feet vertically (or 300 m). When your aircraft exits the Belgian airspace, the controller who is responsible for your flight co-ordinates the hand-over to a controller of the neighbouring country. 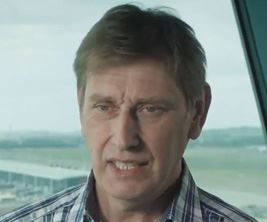 Dirk Vuerinckx is one of our 300 controllers whose job it is to ensure your safety when you board an airplane. As a seasoned air traffic controller with years of professional experience, he is well-placed to briefly explain his job.

What is the mission of an air traffic controller?

« Above all, our main mission is to ensure the safety of air traffic by enforcing the minimum safety distances between aircraft. Furthermore, we have to make sure that the traffic flow is smooth and efficient. Those are the two main features in the mission of an air traffic controller. »

Is it easy to keep balance between safety and smooth and efficient traffic flows in your day-to-day job?

« Safety remains our top priority. With regard to the smooth traffic flow and decreasing delays, we can summarize the situation as follows: «a good controller is a lazy controller ». That means that, if traffic flows are well prepared, well planned, there is no need to constantly intervene and remedy the situation. If we have a good overview of the whole sector that we are controlling and traffic sequences are well organized, smooth traffic flows are the natural result. The simpler the traffic situation is made, the more time we have to organize the rest and the less time we lose intervening. You can resolve a difficult situation with 1 instruction or with 10, but in the latter case you will have lost a lot of precious time organising the rest of air traffic in the most simple and efficient way possible. A good overview of traffic and that simple organisation also facilitate coordination with our colleagues, in the right way and at the right moment. » 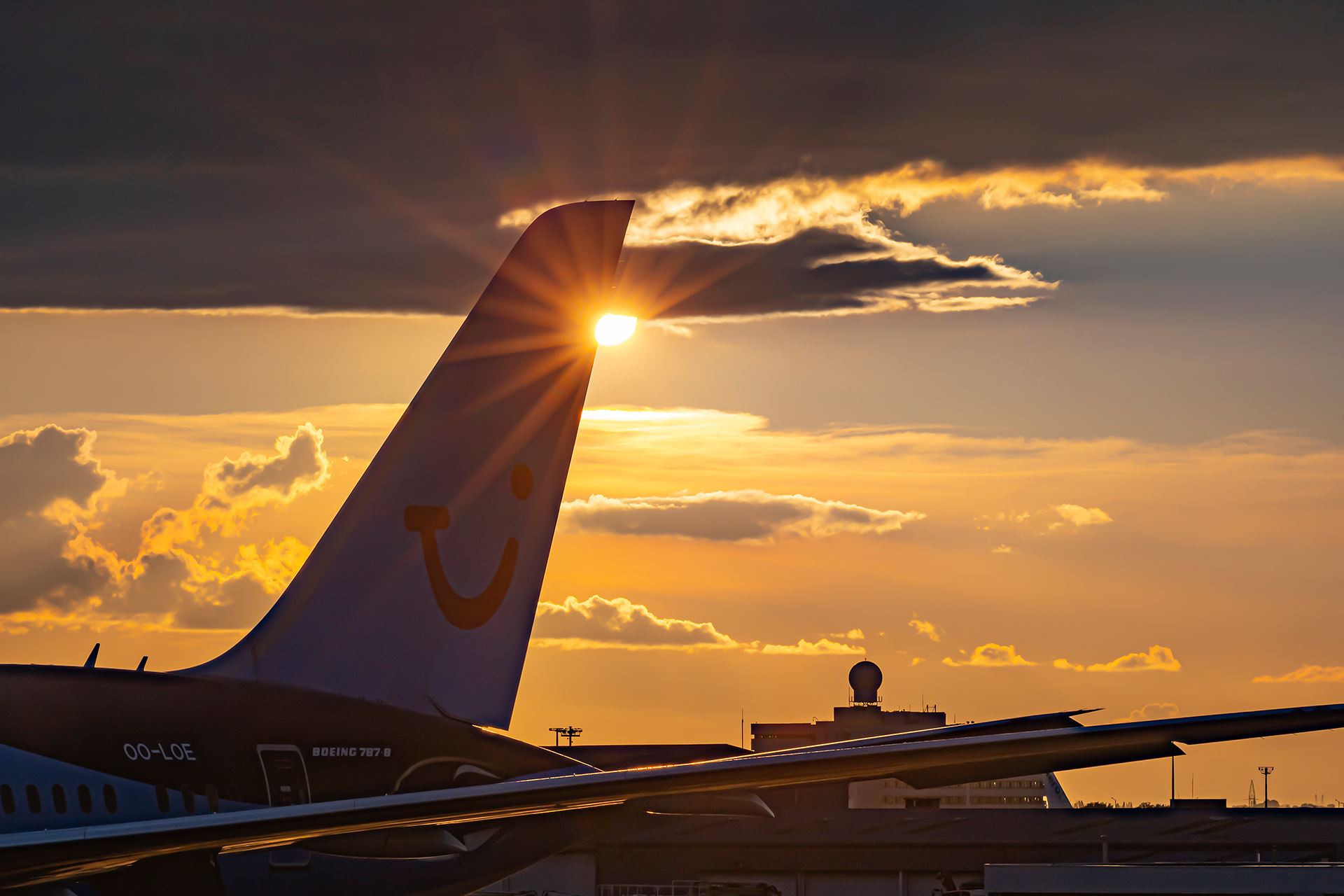 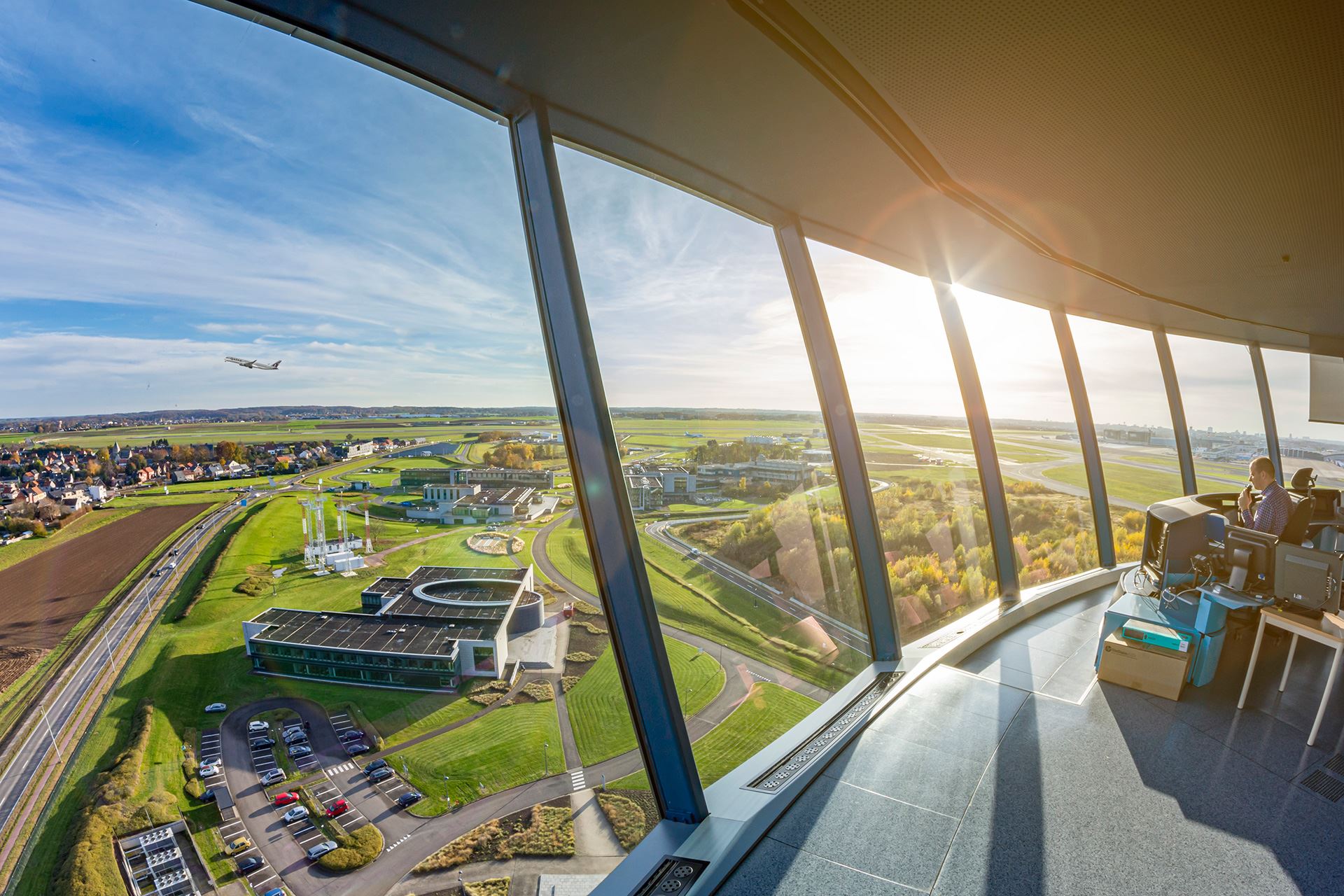 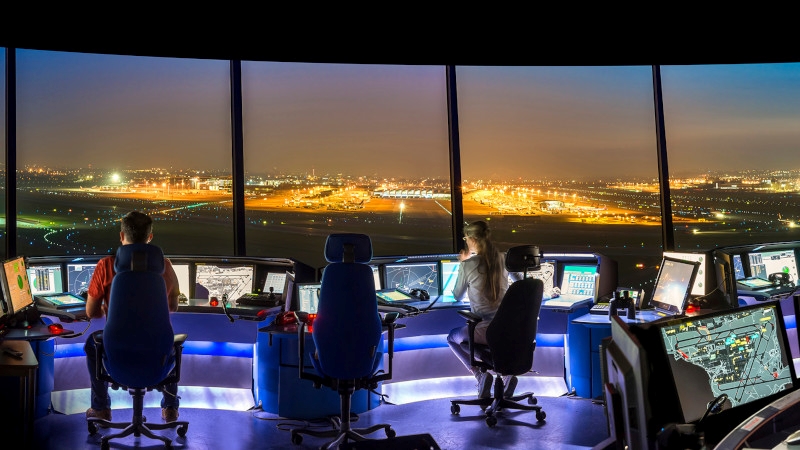