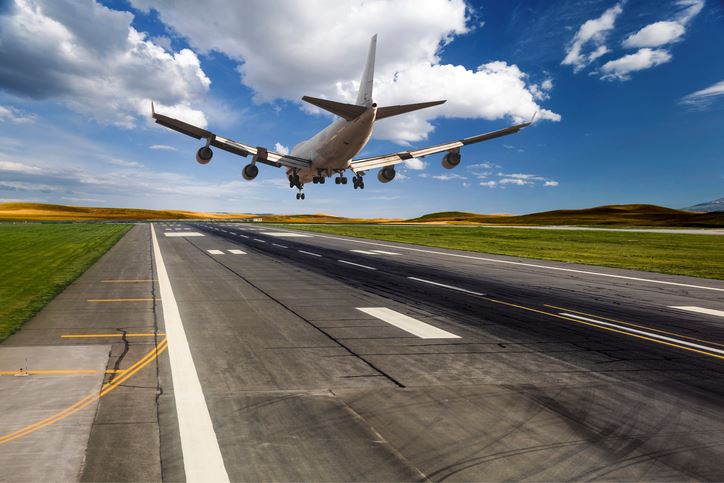 While aviation enables us to travel, get away, tour the world, it also has an impact on our environment. Conscious of this impact, skeyes has modified approach procedures in order to enable aircraft to perform “green” landings.

“Green” landings are based on a procedure called “CDO” or Continuous Descent Operation. skeyes applies this procedure as often as possible, depending on flight characteristics and the air traffic situation. This technique enables the aircraft to descend continuously with minimum engine thrust. CDO offers not only a reduction in fuel consumption and greenhouse gas emissions but also a decrease in noise pollution. 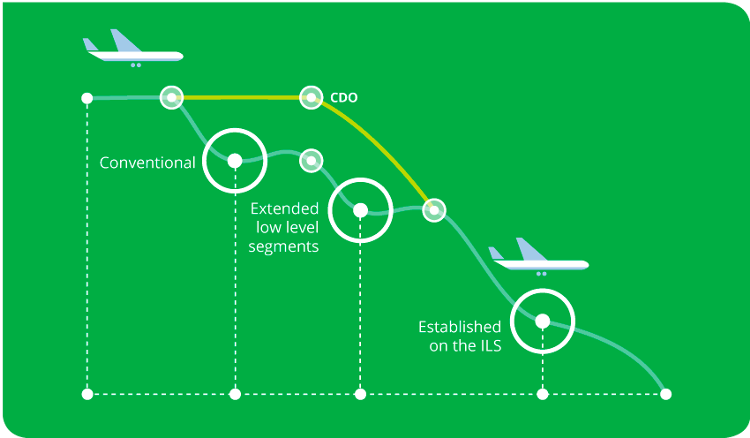 Rather than completing a step-down descent, the aircraft loses altitude at a constant angle, following a smooth descent trajectory. The pilot is thus not required to throttle back up.

A CDO started at 3,000 m altitude for an Airbus A330 type long-haul aircraft enables a 100 kg reduction in fuel consumption over the entire flight, a decrease of 314 kg in CO2 emissions and a 3 dB drop in noise pollution, which is two times less noise than a “conventional” landing.

More than 2 in 3 landings are green

In 2017, over 73.2% of landings followed the green landing procedure at the airports of Brussels, Liège and Charleroi where it is applied. 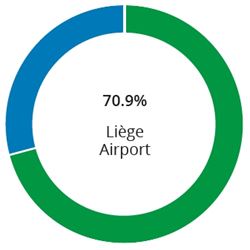 Breakdown of arrivals by airport where the CDO procedure is applied 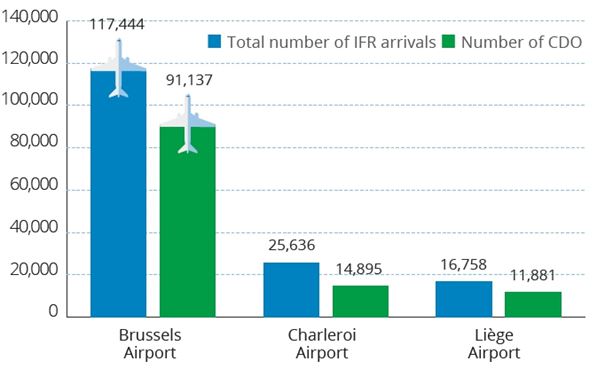 After a draft study and development of CDO procedures beginning in 2009, skeyes implemented the first CDO procedures at Brussels Airport in June 2014 in close cooperation with Brussels Airlines, TUI fly, Thomas Cook Airlines, DHL, Singapore Airlines Cargo and Brussels Airport Company. skeyes and its partners have truly played a pioneering role in the application of CDOs. Since then, green landings are becoming ever more frequent in spite of the complexity and density of Belgian airspace. CDOs are more difficult to perform at peak times due to constraints connected with the fluidity of traffic and aviation safety.

Even more CDOs in the future

In cooperation with the airlines, skeyes is continuing to improve conditions in order to encourage the application of green landings further. To do this, our experts are working on simplifying the airspace. Cooperation between air traffic controllers and pilots is also essential to create optimal conditions in order to maximise the number of CDOs. Communication and trust are vital so that everyone is comfortable with the procedure.

Johan Decuyper, CEO of skeyes, says: “skeyes wishes to assume its social role in full. We pay great attention to the environmental aspect of our activities. For us, CDOs are an important way to reconcile the economic interests of the aviation sector with the impact of airports on the environment. We are therefore exploring all possibilities that can improve the living conditions of local residents, in close cooperation with our partners in the aviation sector.” 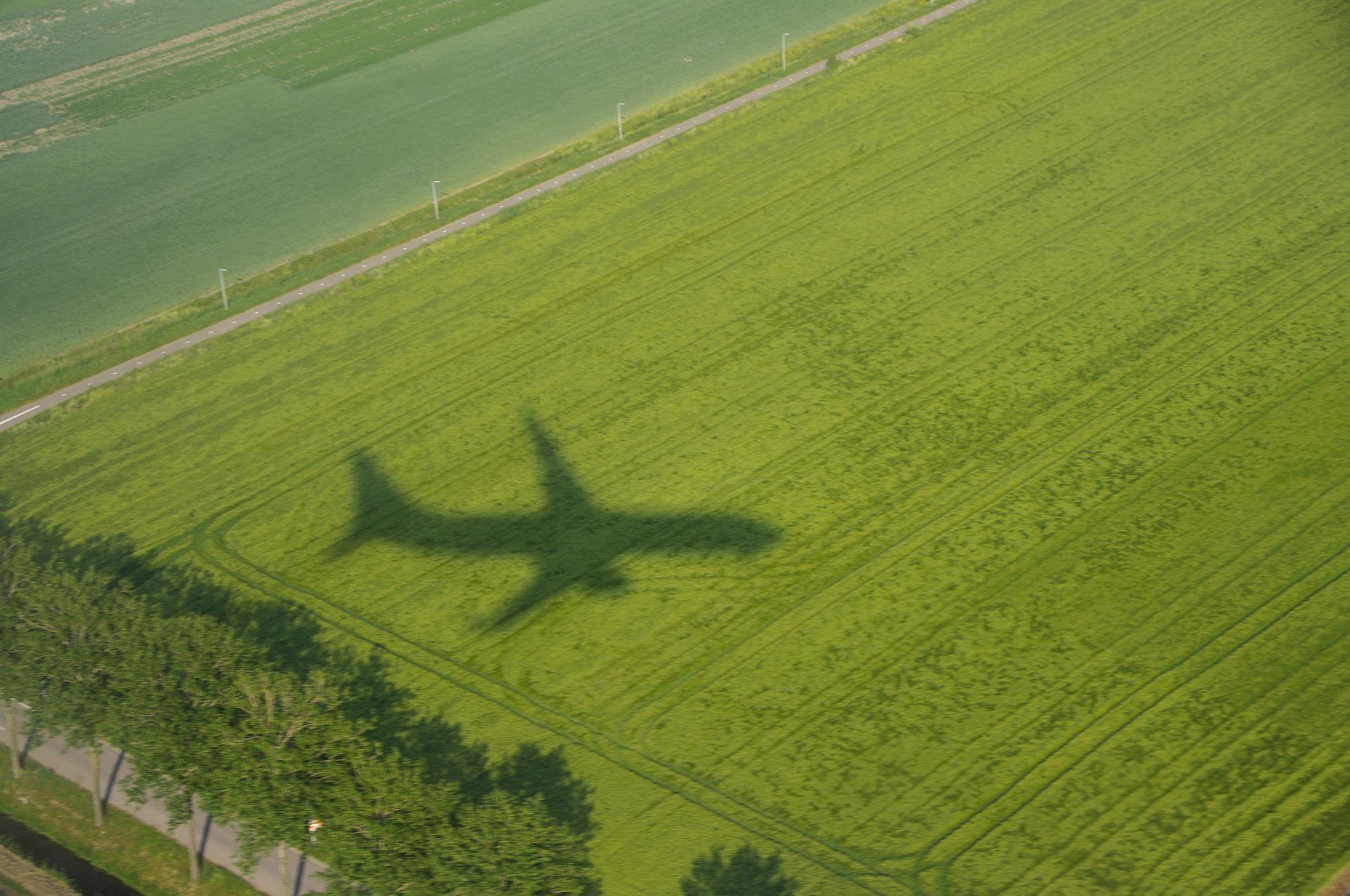 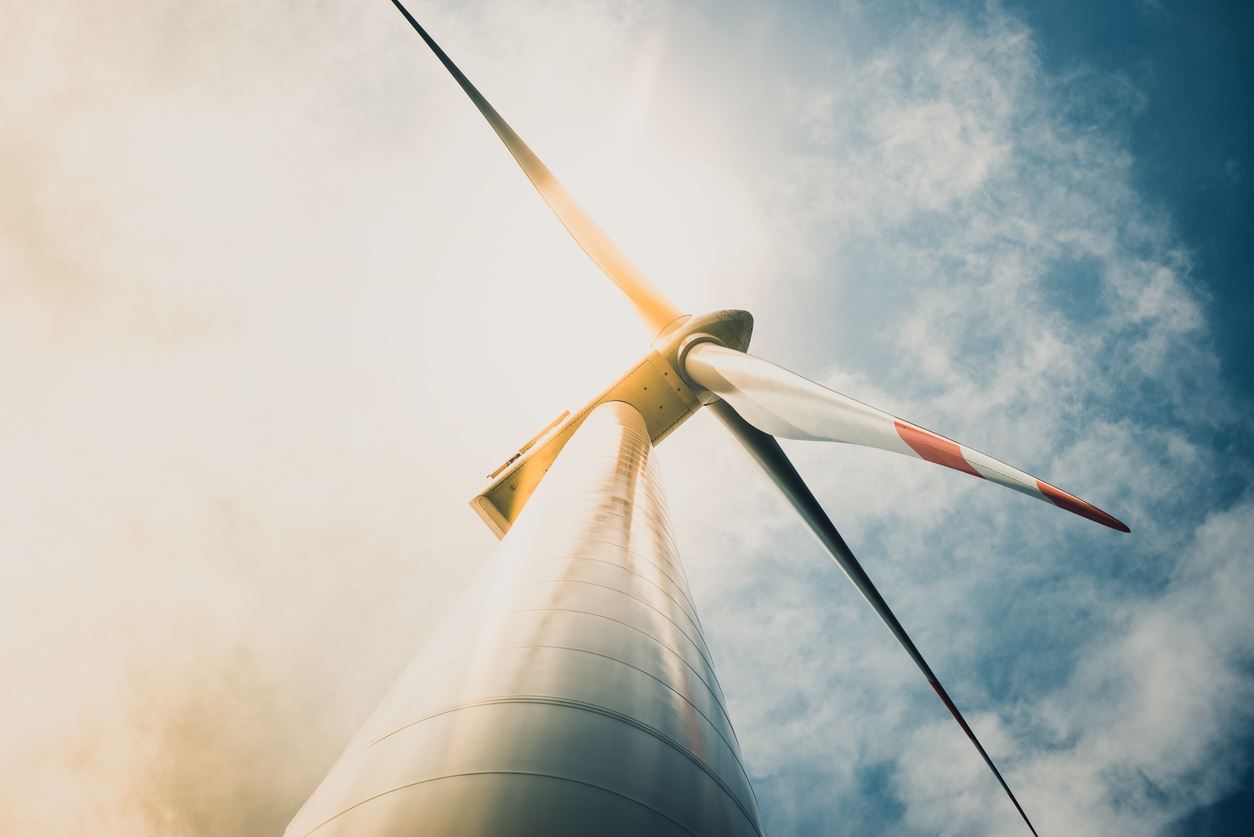 skeyes is committed to the development of sustainable energy and contributes to the strengthening of wind farms in Belgium. The company puts its expertise at disposal so that wind turbines can be installed without interfering with air traffic and most importantly, without jeopardising aviation safety.